Propagation of Computer Virus via a Modified Sira Model

Computer viruses are capable of unleashing their effects (payloads) in two ways: either by means of the system users’ action (e.g. Trojan horses) or by means of the encoded destructive sequence which enable it to infect systems without the aid of a system user (a typical example is a computer viral worm). The implication of the above is that computer systems can be latent infected before they become infectious. In this paper, the aim is to determine the behavior of computer viruses in a computer network which has fully functioning computer antivirus software installed on it. The model proposed is a modification of the SIRA (Susceptible, Infected, Recovered and Antidotal) model to include latent infected computers in the network which leads to the SLIRA (Susceptible, Latent infected, Infected, Recovered and Antidotal) model. In the model, some particular behaviors which some computer viruses exhibit (which lead to latent infection of computers by viruses) are considered. Thereafter, the disease-free, endemic equilibrium points, basal reproduction rate and stability conditions are sought. It can be inferred that every networked organization should have computer antivirus software installed on its system since whenever the total population of computers on the network is antidotal we achieve asymptotic stability. 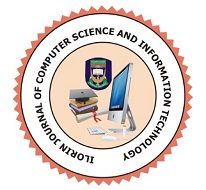